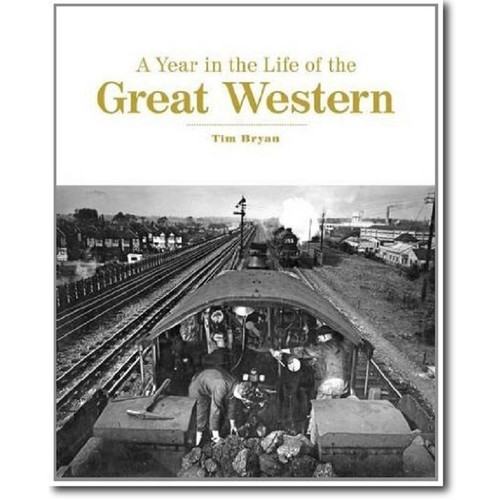 This book focuses on activities of the Great Western Railway over the course of a calendar year, looking at how it moved through that 12-month period, the many varied services it operated, including not only goods and passenger traffic, but also road, marine and other ancillary activities.

The services run by the GWR relied not only on the locomotives, rolling stock infrastructure and other equipment owned by the company but also the work of the staff; this book will also tell their story too, both in terms of some of the jobs they did, and also looking at some of their varied social activities. The book is divided into four main parts covering the four seasons, each describing some of the main activities that took place during the period. Between each of these are shorter sections that describe some of the traffic handled by the company throughout the whole year.

The book includes examples of the working practices of the GWR from the 1930s - the last decade of independence before the war - and the 1950s. Although the GWR became part of British Railways from 1948, the Great Western Region largely retained its identity in the 1950s and its working routine through the year had changed little over the years.

Embankment and Waterloo Tramways including the fondly remembered Kingsway Subway