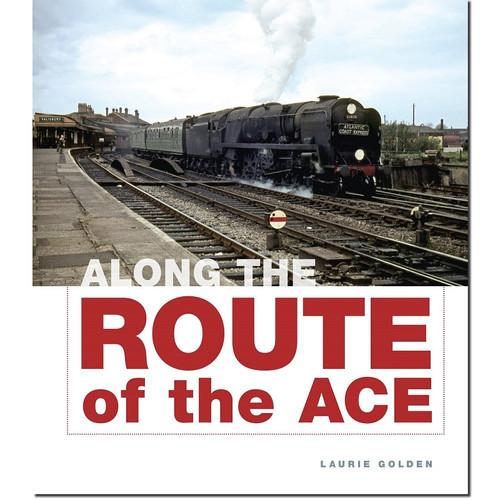 A combination of stunning scenery and popular holiday destinations has ensured that the railways of the West of England, particularly in the counties of Devon and Cornwall, are amongst the most popular in the country. In the 1920s the Southern Railway sought to create a named train that, as well as delivering passengers to its destinations in the counties, would become in time a part of Britain's railway history. The result was the 'Atlantic Coast Express' - a train with almost as many destinations as carriages.

The Route of the ACE looks at both passenger and freight services during the early to mid 1960s, a period when car ownership and foreign holidays were beginning have an impact on the viability of passenger services. Connected to this was the increase in goods being carried by lorry, despite many of the local roads not being suitable for heavy freight traffic. As some of the scenes show, the route was in terminal decline with passenger coaches, freight stock and locomotives all having seen better days. The West Country had a great variety of motive power that added to the popularity of the region amongst the enthusiast fraternity from humble tank locomotives, to the LSWR 'T9' 4-4-0s that were for many years the mainstay of both passenger and goods traffic. The Maunsell Moguls served for 30 plus years and the Bulleid Pacifics were joined by BR Standards that were sent west to see out their final years.

In this lovely new volume, photographer Laurie Golden captures the last years of steam on the Southern Region's lines west of Salisbury, which will stir memories both of regret and nostalgia for days that have now disappeared forever.