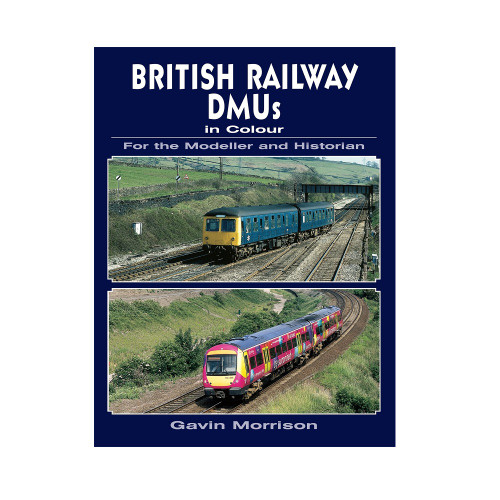 Designed specifically for modellers of the modern scene, this new book provides a comprehensive reference to all the livieries that have come and gone on the network since the wholesale privatisation of the mid 1990s.It is now more than 70 years since the first DMUs made their first appearance on the British railway system and more than 50 years since DMUs were introduced onto the BR network in large numbers.

From the late 1950s onwards several thousand DMU vehicles were brought into service as replacement for steam services over branches and secondary routes and from the mid-1980s onwards this first generation of DMU was gradually replaced by a second generation of DMU although the final elimination of the first generation units did not occur until the first years of the 21st century. On the privatised railway of the 21st century, virtually all non electrified passenger services are now operated by DMUs of one design or another and, on the preserved railways, many examples of the first generation of stock continue to earn their living.

Although initially ill-favoured, as the years passed, so the humble DMU has attracted an ever-growing army of enthusiast fans and this is reflected in the number of websites devoted to the subject, to the increasing number of models that are emerging a reflection of the fact that virtually no model railway covering the BR scene post 1955 can avoid operating DMUs.

Fully illustrated throughout, this is the perfect volume for all serious modellers! "synopsis" may belong to another edition of this title.

British Rail in the 1980s and 1990s: Diesel Locomotives and DMUs