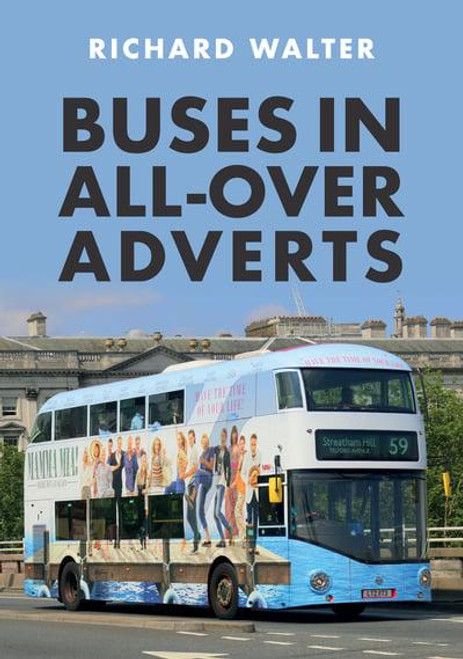 Advertising on public transport in the UK has been common practice since the early days of the horse-drawn bus. Vehicle sides were a good means of advertisers products being seen across cities and towns and brought in additional income to operators. The traditional side and rear ads became more ambitious over the years - not just featuring commercial products but bus company promotional material too. In the 1960s the use of all-over advertising buses became popular. Traditionally these were hand-painted with incredible detail and many are now considered to be mini works of art. In more recent years, painting by hand has been replaced by wrapped vinyls and some campaigns last only a matter of weeks. There have also been experiments with illuminated and digital scrolling messages. In this colourful photographic journey, Richard Walter provides a glimpse of some of the most memorable all-over adverts in Edinburgh, London and a variety of other locations throughout the UK and Ireland, featuring some of the more bizarre examples that maybe seemed like a good idea at the time.