Eric Bottomley's Transport Gallery: A Journey Across the Canvas 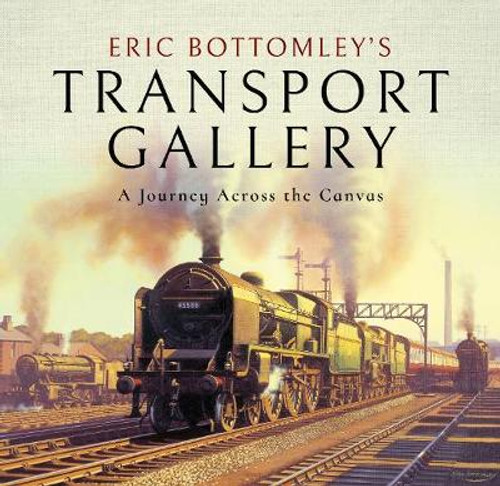 Eric Bottomley's Transport Gallery: A Journey Across the Canvas

This is Eric Bottomley's second art book, in which he has varied both his transport themes and the mediums in which he works. The majority of paintings are in oils but also included are gouache (watercolour) and pencil sketches. However, some paintings are both gouache and pencil, together known as mixed media. Railways have always been a great passion of Eric's, from trainspotting around the ex-Lancashire & Yorkshire system as a boy, to painting commisions for customers both private and commercial.

From his lowly studio in Wimborne, Dorset, where his painting career took off, Eric never envisaged that one day he would witness his paintings being presented to the Duke of Kent, or that he would meet the Duke of Gloucester (a fellow railway enthusiast). In 1979 he joined the Guild of Railway Artists, and later became a full member. Included in this book are all four regions of Britain's railway, but mostly the BR period from 1948, to the end of steam in 1968. Added to this are such scenes as the Trans-Siberian Express in Moscow, The Golfers Express leaving Belfast and preserved diesels in the USA.

The sad demise of steam and dereliction of the canals in the 1960s, and the amazing restoration projects over the years, has provided Eric with an enormous scope of subject matter, much of which is captured in this compelling book.

Isle of Man Transport - A Colour Journey in Time

Across Birmingham on the 29A

Snowdonia Slate - The Story with Photographs