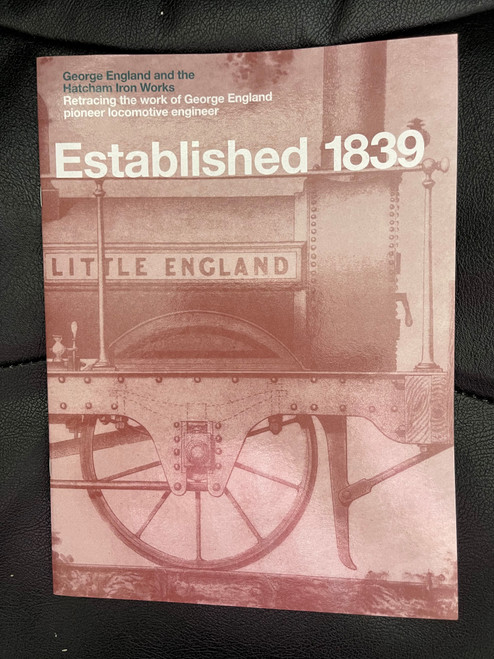 Retracing the work of George England, the pioneer locomotive engineer Interesting little book, now just £1.00 !!! To most people the thought of heavy industry in London up to the turn of the 21s century might seem absurd. George England and Co. started up from Newcastle upon Tyne in 1812 and began producing locomotives in Hatcham Iron Works in the 1840s. The site lay just east of Pomeroy Street in Peckham. They were best known for making screwjacks (commonly used for lifting heavy weights such as vehicles), weaving machines and then steam locomotives. The company produced the first tank locomotives, the "bread and butter" engine for shunting, on the Newhaven branch line for the London, Brighton and South Coast railway. They exhibited an engine "Little England" at the Great Exhibition in Hyde Park in 1851, for which they won an award. They also produced locomotives for the Festiniog Railway, the Wantage Tramway, the Caledonian Railway, as well as the Blackwall Railway, the Great Western, Somerset and Dorset and Victorian railways, the latter in Australia.

Advancing in a Forward Direction

Welsh for Visitors - A Little Goes a Long Way