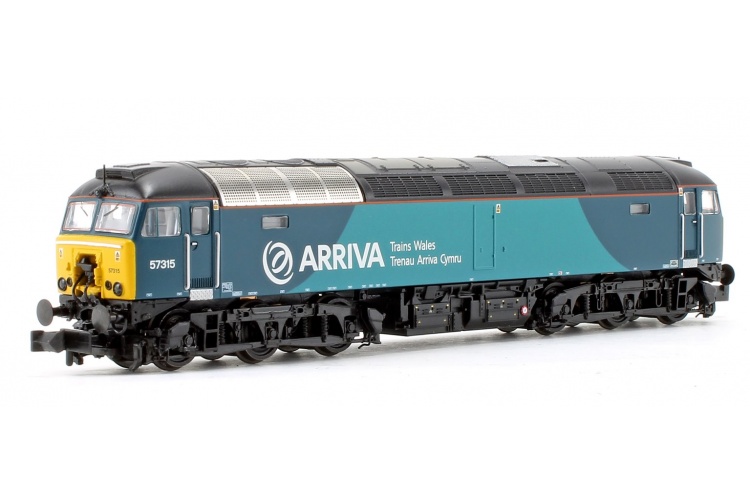 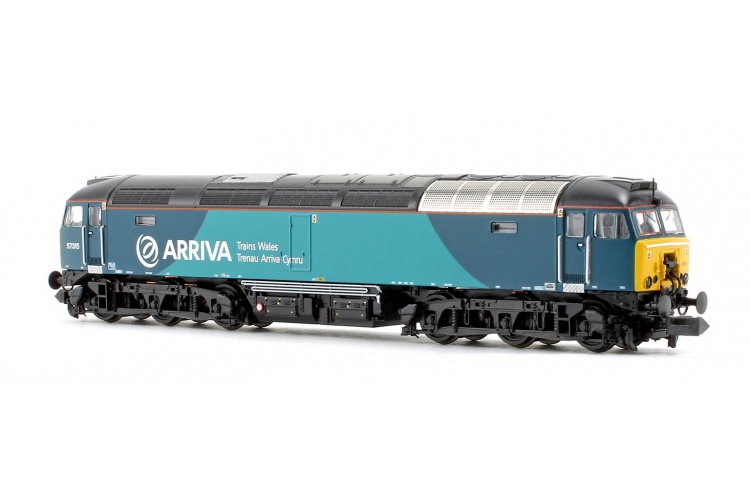 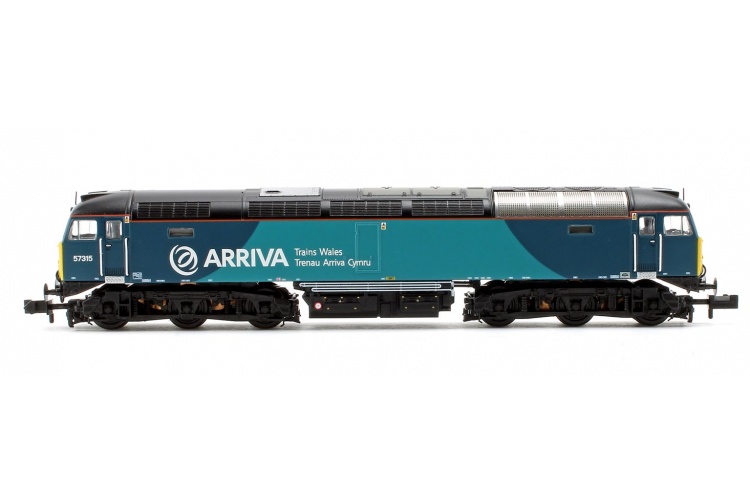 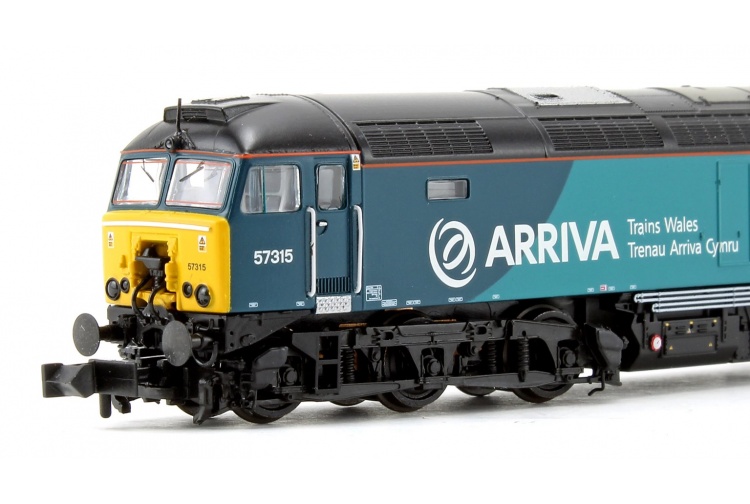 This model can use the Bachmann 36-568A decoder.

The Class 57 is a re-engineered locomotive, rebuilt by Brush Traction, Loughborough from redundant Class 47 locomotives. The locomotives are fitted with a refurbished EMD engine and a re-conditioned alternator, improving reliability and performance. Three variants exist, one for freight and two for passenger operations. Each cost £300,000, about one-third that of a new-build locomotive.

The class has its origins in 1997 when Freightliner ordered an initial six locomotives. A prototype locomotive was converted by leasing company Porterbrook, with electric train heating in 2001, with a view to obtaining orders from passenger companies.

Class 57s have operated for Freightliner (Class 57/0), Virgin Trains (57/3) and Great Western/GWR (57/6). Since original work has dried up or operating circumstances have changed, the locos have also been employed by Network Rail, Direct Rail Services (DRS), West Coast Railway Co. (WCRC) and Arriva Trains Wales. The class 57s are something of a 'Marmite' class with enthusiasts because although they keep loco-hauled services alive, they 'snatched' the bodies of much-loved Class 47 donors!

The Great Trains of Wales Explored

Kittiwake From The Great Little Trains of Wales

Ceramic Coaster (4in x 4in)