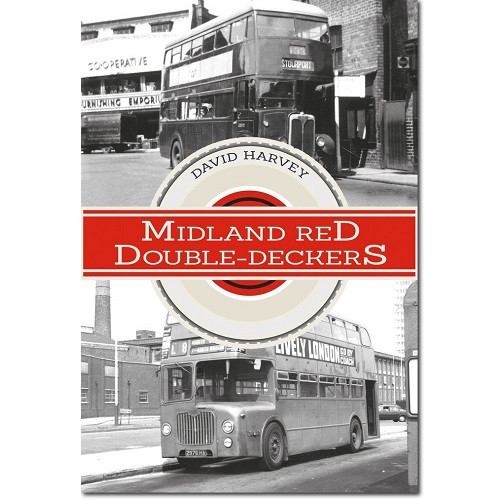 Throughout their existence from 1904 until 1981, the Birmingham & Midland Motor Omnibus Co. was an idiosyncratic operator whose operational area ranged from the Welsh Marches and Shropshire in the west to Northamptonshire and Rutland in the east; and from Oxfordshire and Gloucestershire in the south to Staffordshire and Derbyshire in the north. Much of their area was distinctly rural but, in Birmingham and the Black Country, Worcester and Hereford, Stafford and Leicester, intense urban services were operated mainly by double-decker buses and it is these buses that this volume examines.

For most of its operational life, BMMO constructed their own chassis fitted with proprietary bodies to their own often novel and frequently advanced designs. During the 1930s around 400 double-deck, rear-entrance REDDs and front-entrance FEDDs were built, plus others for both Trent and Potteries Motor Traction. During the Second World War double-deck buses were allocated to the company by the Ministry of War Transport but, after the end of hostilities, bus production resumed until economic pressures caused the cessation of double-deck manufacture at Carlyle Road Works in 1966. Shortages of buses did result in the purchase of twenty Guy Arab IIIs and 100 Leyland Titan PD2/12s between 1849 and 1954 but, from the 1960s until the company was split up, the rear-entrance Daimler Fleetline was the chassis of choice.

This book examines each type of double-decker with a history of the model, a brief technical specification and captioned photographs taken during the type's period in service.

The Colours of the West Midlands