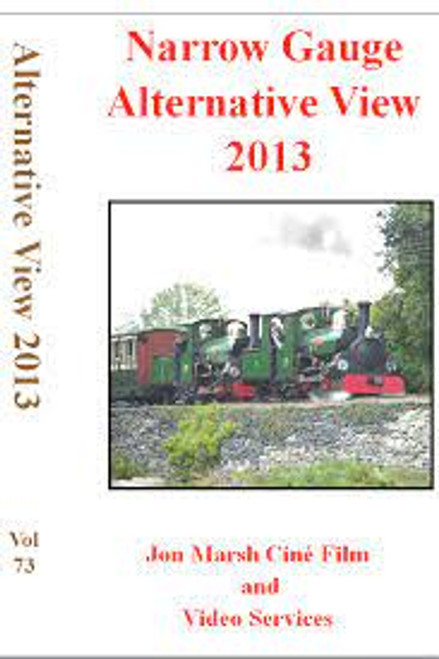 This series of "Alternative Views" features footage that Jon Marsh was unable to fit onto the "Narrow Gauge Review" series. In this volume the bulk of the footage was supplied by Dave and Tom Waldren and mainly shows The Ffestiniog and Welsh Highland Railways. Starting in the snow at Easter we then see action in May, the Superpower weekend and the FRs "1963 And All That". Also a feature shows action with the recently returned to steam K1 on a demonstration freight train. From the same team are visits to Leighton Buzzard, Statfold, The Perrygrove Railway and the Keef Open Day with the two, just restored metre gauge Krauss locos. All the Waldren footage is in 16:9. The remainder in 4:3 covers a visit to Weston Zoyland Pumping station is filmed by my daughter Vicky. A few short clips of the WHR Superpower weekend by Dave Kent and finally a late report from Jon Marsh on a remarkable story from The Launceston Steam Railway. A post script are shots in The Harz, taken by Ed Uppington on his phone.