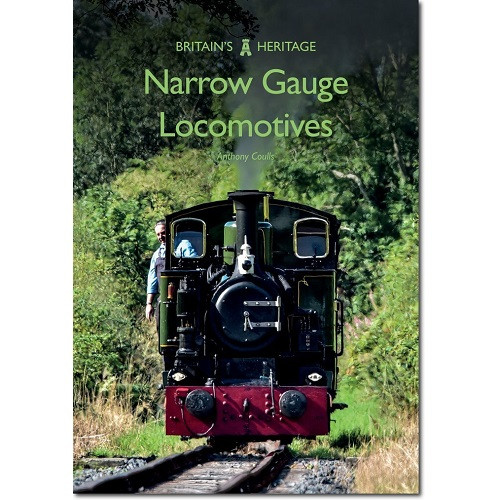 Narrow gauge railways have long been a source of fascination for many. From famous public lines such as the Ffestiniog Railway and Lynton & Barnstaple Railway, to peat extraction lines in Cumbria and brickworks systems on Humberside, the narrow gauge railway has transcended two centuries. A big part of the charm of these lines is the locomotives that were built to operate them.

Narrow gauge is defined as anything less than the standard gauge of UK main lines – usually down to 15 inch gauge – but in that spectrum there is no limit to size, simplicity or shape. These were machines built to do a job, pure and simple, but those jobs were many and varied. Multiple wheeled complex engines could share the same track as a simple motorised wagon, whilst all manner of propulsion could be found – steam, diesel, petrol and electric – even fireless, compressed air or steam locos converted to electric power. This book looks at them all and their legacy today across the plethora of pleasure and heritage lines that exist.

This book is part of the Britain’s Heritage series, which provides definitive introductions to the riches of Britain’s past, and is the perfect way to get acquainted with narrow gauge locomotives in all their variety.