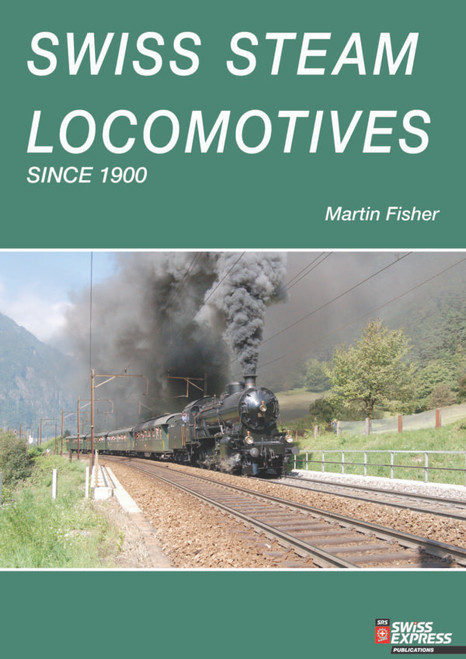 This book is the first in-depth description of Switzerland’s steam locomotives from a UK perspective.

At first sight, such a book might seem surprising as many Swiss railways were electrified in the 1920s and very nearly the whole network had been electrified by 1960. But pockets of steam operation survived for many years. Although nationalised operator SBB received its last new steam locomotive in 1917 it still had 148 steam locos in 1960 and its last steam-hauled passenger train ran in November 1968. Happily, a number of Swiss steam locos passed into preservation and can still be enjoyed today. This book was conceived as one about the SBB’s steam locomotive fleet of almost 1,560 locos, mostly standard gauge. But the book also includes 400 steam locos operated by Switzerland’s independent railways, both standard and narrow gauge, some using adhesion, some rack-and-pinion and some both methods. In addition to the types which saw everyday use, some experimental designs are described along with three projects that never got further than the drawing board.

Almost all types in use after 1900 are illustrated; about two-thirds are in black-&-white because most classes were withdrawn before colour photography became widely available but about 200 colour photos have been used. The photos are supplemented with technical diagrams.

There are 6 tables to break-down the whole fleet by type and owning company, and 16 maps to show where the various operators ran their services. All this is contained in a 224 page A4-sized book within hard-back covers.