The German Pacific Locomotive: Its Design and Development 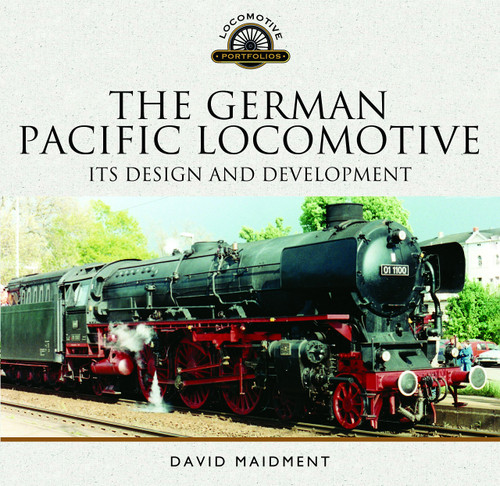 The German Pacific Locomotive: Its Design and Development

The German Pacific Locomotive (Its Design and Development) is David Maidments fourth book in the series of Locomotive Profiles published by Pen & Sword. It is the first in the series to tackle an important range of overseas steam locomotives, the German pacific locomotives, which, with the Paris-Orleans pacific in France, were the first of that wheel layout in Europe and came to be the dominant type for express passenger work throughout Western Europe for the following fifty years, until displaced by diesel and electric traction.

The German railways in the first two decades of the twentieth century were run principally as regional State railways, and two distinct styles of design developed, which were influenced by the natural terrain. In the south, in the mountainous foothills of the European Alps, four cylinder compound locomotives with comparatively small coupled wheels, most produced by the famous firm of Maffei in Munich, held sway from 1907 until the late 1930s, and in parts of Bavaria that were not yet electrified, even until the early 1960s.

In the flatter lands of the north, Prussian 4-6-0s sufficed until Paul Wagners standard two cylinder simple pacifics came onto the scene in 1925, and were followed by the three cylinder streamlined pacifics at the start of the Second World War. After addressing the devastating damage to the German railways in the conflict, the book follows the modernisation of the locomotive fleet in the post-war period until the elimination of steam in both East and West Germany in the mid-late 1970s.

The book describes the design, construction and operation of the full range of pacifics that ran in both parts of Germany, and the large numbers of these locomotives that have been preserved, and is illustrated with over 180 black and white and 80 colour photos.