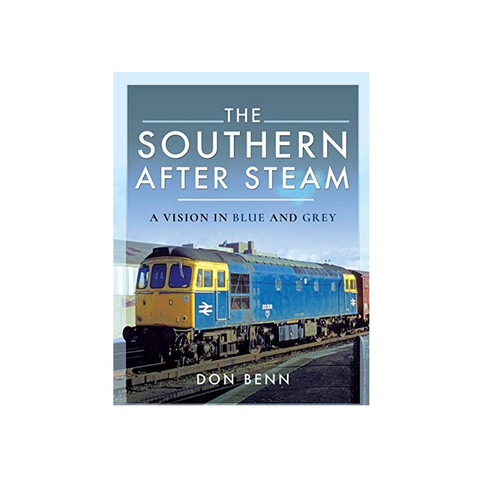 After the end of steam on the Southern in July 1967, the author concentrated primarily on recording the Southern scene, to start with in black and white and then from 1972 in color. In so doing he built up a huge collection of slides for the period 1972 to 1988 concentrating on the lines close to his Kent home or in the London area but also with some images taken on the Central and Western Division main lines.The book contains more than 260 high quality color images of second generation rolling stock set out by class of electric or diesel multiple units and locomotives, ranging from 4 SUBs and EPBs through Hastings Diesel units to Class 73 Electro-Diesels, a total of fifteen classes all told. The severe winters of 1985 and 1987 are also included and Departmental stock isn’t forgotten. Lovers of the Southern Region in the 1970s and 80s prior to the introduction of replacement stock will find much of interest in this book.