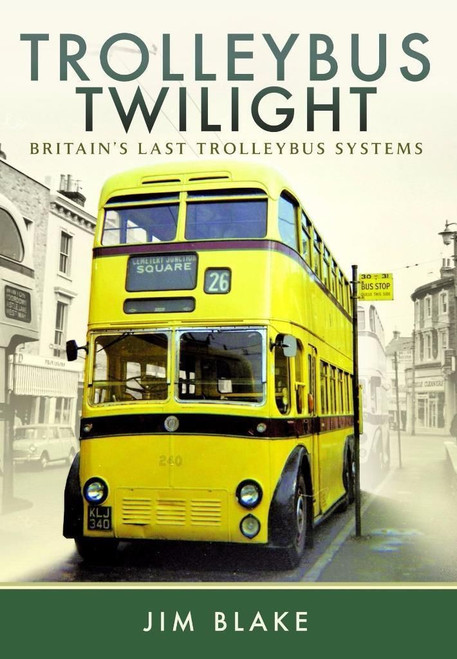 In this photographic album from Pen & Sword, transport historian and photographer Jim Blake presents a fascinating selection of pictures of a form of public transport now sadly missing from Britain's streets trolleybuses. Most British trolleybus systems flourished in the inter-war years, particularly the 1930s. The biggest fleet was that of London Transport. But for the Second World War, it would have been bigger still if South London's trams had been replaced by trolleybuses, as intended. London, however, replaced these with motor-buses instead, influencing other operators to abandon their trolleybuses, too. By the 1960s, their demise was well under way. Fortunately, during that decade, Jim travelled throughout England and Wales, photographing buses, coaches, steam locomotives and trolleybuses. This book features the latter, beginning with their final weeks in London, then continuing to places as diverse as Bournemouth and Cardiff, Bradford and Maidstone. Most pictures have never been published before. Taken between 1962 and 1968, they transport the reader back to a wonderful land with many quaint forms of public transport, particularly trolleybuses! What will strike readers is their variety of liveries, manufacturers and so on. Britain's last trolleybuses ran in 1972. Despite many other world cities having modern trolleybus systems today, it will be a long time before they return to our streets, if ever! How sad when our cities are polluted by vehicles powered by internal combustion engines: trolleybuses are completely pollution-free!

Works Trams of the British Isles: A Survey of Tramway Engineers' Vehicles

Narrow Gauge in the Somme Sector: Before, During and After the First World War