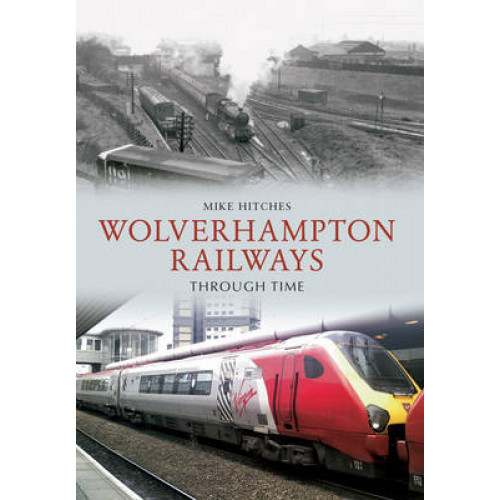 From humble beginnings, Wolverhampton grew to become a significant railway town. Its success hinged upon its industrial might, which attracted several train companies to the town all hoping to profit from the area s trade and prosperity. The railways were the scene of bitter enmity, devious schemes and unlikely alliances, as rival companies fought to gain the upper hand. The legacy of this was two railway stations, numerous goods yards and the works at Stafford Road. In the twenty-first century, as Britain s heavy industry has declined, the railways are no longer central to the life of Wolverhampton as they once were. Many trains which still pass through the town, but they now carry tourists and business people rather than hauling coal. Wolverhampton Railways Through Time brings to life the intricate and fascinating story of the Black Country's rail network.