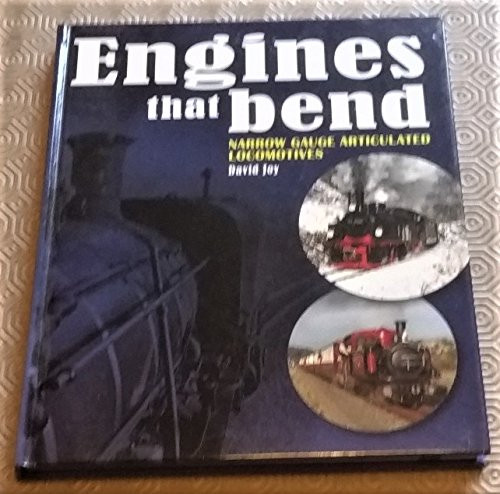 How to get locomotives round sharp curves challenged engineers from the earliest days of railways. Using two bogies was one obvious approach that proved to be compelling in its variety. Beginning on the narrow gauge with Fairlies on the Festiniog, the story of articulated locomotives extended through decades of both success and failure. It ended with awe-inspiring Garratts, some of which have fittingly returned to North Wales to complete a remarkable circle of evolution and preservation.

This profusely illustrated book is intended as a readable narrative rather than a definitive history. Apart from Fairlies and Garratts, it looks at such fascinating locomotives as Mallets, Kitson-Meyers and Shays that have a lasting appeal to historians, photographers and modellers. The approach is worldwide and embraces working conditions that range from tropical paradise through the battlefields of World War I to high mountains of unimaginable severity.

David Joy was the founding editor of Narrow Gauge World magazine. During his period at the helm, by far the greatest number of queries from readers concerned articulated steam locomotives. The need for a broad overview of the subject was clear – hence this book.