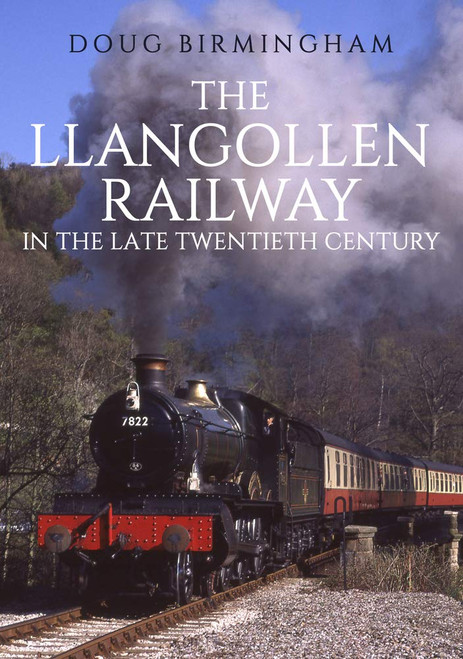 The 10 miles of the preserved Llangollen Railway was previously a short section of the former Great Western line that stretched from Ruabon, Denbighshire, to Dolgellau, Gwynedd, and further on to Barmouth. Sadly, most of this line officially closed in January 1965 with the remainder between Llangollen and Ruabon closed in April 1968. In 1972, the Flint & Deeside Railway Preservation Society was formed with the aim of operating a preserved standard gauge railway in North Wales, with Llangollen station being chosen as a suitable site with potential to extend 10 miles west to Corwen. In 1977, the society was renamed the Llangollen Railway Society, and by October 1985 it had reinstated 1.75 miles of the line between Llangollen and Berwyn stations.

This book shows the progress of the preserved line during the latter parts of the late twentieth century, including up to 2003. The photos included provide a brief view of the line as it wanders through the beautiful Dee Valley, showing the various ex-British Railways steam and diesel locomotives hauling an array of trains that have operated on the line as the railway expanded from Llangollen to Berwyn, Deeside Halt, Glyndyfrdwy and ultimately 8 miles on to Carrog. The Llangollen Railway is now one of the premier preserved standard gauge railways in the United Kingdom, and these evocative images document an important time in its history.

Narrow Gauge in the Somme Sector: Before, During and After the First World War