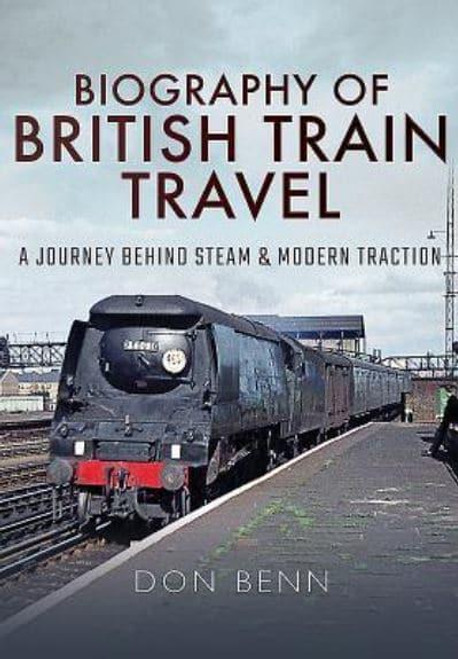 Biography of British Train Travel is a collection of mainly previously unpublished articles and short stories, covering a lifelong interest in railways. It spans a wide spectrum over the years, from the early days in Kent in 1960, through the many hours on the lineside on the Surrey Hills line and the South Western main line, to the last frantic years of steam on the Southern, and the current steam scene, as well as the privileged and exciting times spent riding on the footplate of steam locomotives. It majors on the author s main railway passions of steam locomotives, train running performance, including modern motive power and all matters Southern.

Locomotive performance in Europe and a tramway are also included, as is a fascinating minor- and little-visited narrow gauge railway in southern England, plus heritage traction on the London Underground. The book comprises approximately 350 illustrations, many in colour, as well as contemporary timetable extracts and copies of notebook pages, which cover shed visits in Scotland. Fifty train running logs are included, together with some detailed records of days spent by the line sides of railways when steam was still the predominant motive power in parts of the south.