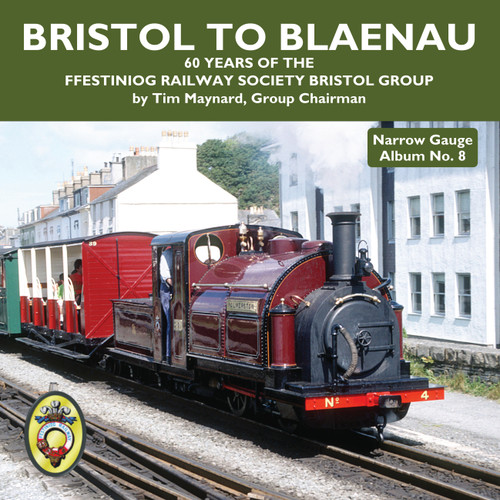 'Bristol to Blaenau' sets out to chart the progress and consolidation of the railway over the past sixty years. In some ways it is difficult to recognise today’s railway with that of 1962, however if you take a walk on one of the many paths that cross the railway, particularly between Penrhyn and Dduallt, the scene is little changed. The dry-stone walls are still the same as they were in 1962 and maybe 1862. Even if the track is now all flat bottom rail instead of double or bull head, and in some area’s timber sleepers have given away to recycled plastic, that narrow track in narrow cuttings or on narrow drystone embankments would be familiar to the early preservationists.

Since 1962, the Bristol Group has supported the railway in a variety of ways. Working parties have given way to individual members volunteering in a variety of roles on the railway, the sales stand that was familiar at traction engine rallies in the early years will now be seen at model railway and engineering shows. Talks by other railway and heritage organisations are still popular as are presentations on 'in house' topics. Early film shows to large audiences have given way to talks to a wide variety of local organisations such as railway societies, Probus, U3A and the Women's Institute.