Britain's Lorries in the '70s 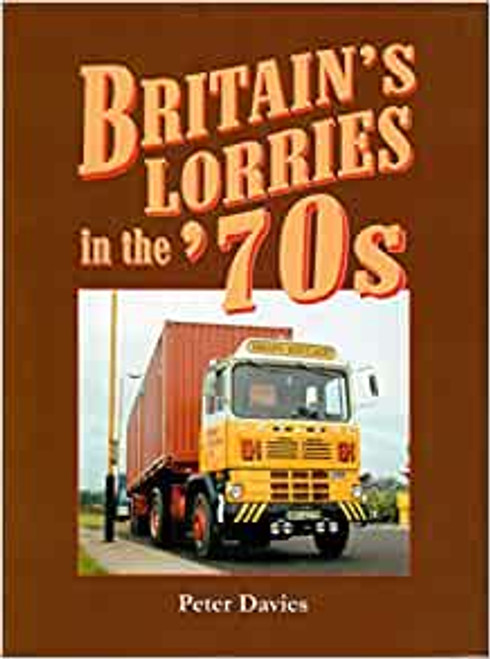 Britain's Lorries in the '70s

It is nearly 20 years since we published Peter Davies' British Lorries of the Sixties, the last decade dominated by British manufacturers, now we move on and this book has to be retitled to accommodate the fast growing presence of foreign makes on the nation's roads and in haulier's yards. The 1960s was the last decade where British built vehicles had virtual domination on the nations roads, the tentative appearance of a small number of foreign vehicles on our highways towards the end of that decade was just a preamble to what was to happen next.

The 1970s were to see a significant shift in the buying patterns of the nation's hauliers and road transport operators as vehicles from the likes of Volvo, Scania, DAF, Mercedes-Benz, Magirus Deutz, MAN, Fiat, Berliet, Saviem, Mack, Kenworth and White were to be seen in ever growing numbers. That is not to say that Britain's manufacturers were just rolling over for they themselves introduced a significant number of new models over the decade - AEC, Albion,Guy, Scammell, Foden, ERF, Seddon, Atkinson (merging during the decade) - all bringing onto the market additions to their ranges as legislation authorised weight increases.

The artic became more and more the vehicle of choice but the eight wheeler again saw favour as the legal operating weight was raised to 30 tons. But, this book is more than another title on lorries, it is a dive back in history that reveals the names and liveries of what went before. So, if mention of AEC, Albion, Atkinson, Bedford, Dodge, ERF, Foden, Guy, Leyland, Scammell, Seddon plus those foreign makes mentioned stirs you memory then this is the book to possess. Britain's Lorries in the '70s - from undoubtedly the UK's foremost photographer and writer on the subject - is your passport to take you back to that decade and times.