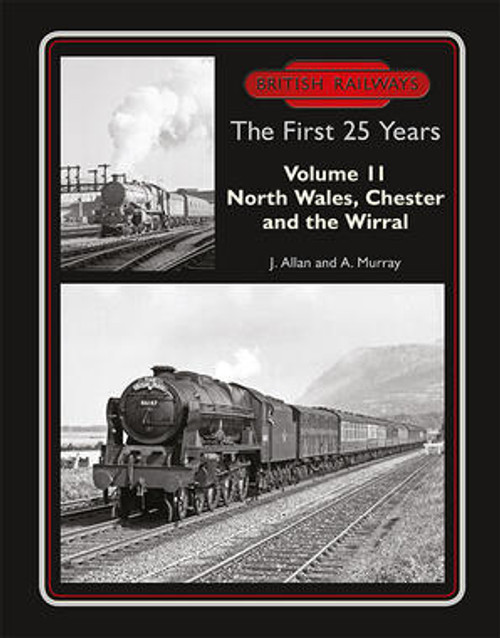 This is the tenth in a series of books depicting the first 25 years of British Railways, and which will eventually cover the whole of the UK. This volume covers the lines in mid-Wales, from Oswestry out to the Cambrian Coast. We start at Ruabon, following the line to Bala Junction, taking the branch to Blaenau Ffestiniog before resuming our journey west. Forking north at Barmouth Junction (Morfa Mawddach) to Barmouth itself we go up the coast to Portmadoc and on to the terminus at Pwllheli. Returning to Barmouth Junction we turn south to Aberdovey and reach Dovey Junction where we take the line to Aberystwyth to allow a visit to the Vale of Rheidol narrow-gauge line. We return to Dovey Junction and go east through Machynlleth to Moat Lane Junction and diverting onto the former Mid-Wales Railway down to Three Cocks Junction. This line crossed the former L&NWR Central Wales line at Builth and so we cover the part of that line in Mid- Wales, from Craven Arms as far south as Llandovery. Resuming our journey at Moat Lane Junction we stop at Welshpool to visit another narrow-gauge line, the Welshpool & Llanfair, before our final leg to Oswestry, pausing briefly along the way to travel down the short branch to Llanfyllin. Oswestry was the headquarters of the Cambrian Railways and we end with a visit to the depot and works there.

Isle of Man Transport - A Colour Journey in Time

Caernarvon and the Lines From Afonwen & Llanberis