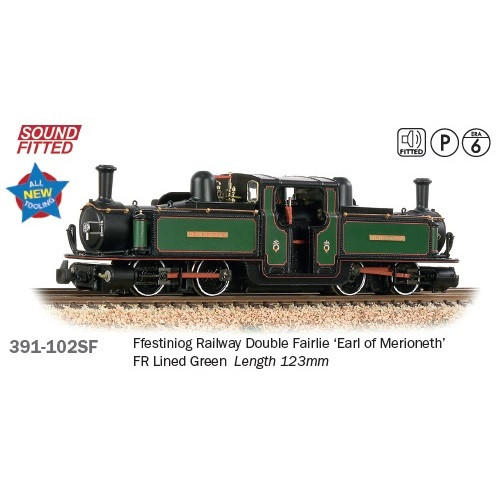 Unveiled as part of the Winter 2021 British Railway Announcements, Bachmann are delighted to present the Ffestiniog Railway Double Fairlie Locomotive as part of the award winning Bachmann Narrow Gauge Range. Sure to delight OO9 scale modellers, this version is finished as No. 11 ‘Earl of Merioneth/Iarll Merionnydd’ in Ffestiniog Railway Lined Green livery with SOUND FITTED.