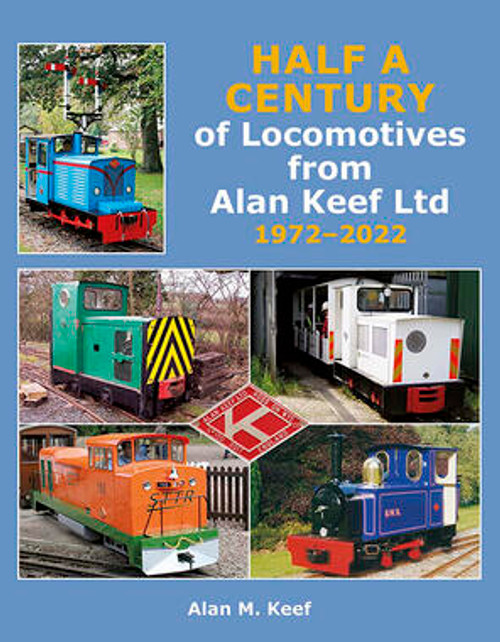 To mark the fiftieth year of the company’s existence, this book covers some 119 locomotives that are classified as having been built by Alan Keef Ltd. From a first, very crude, diesel locomotive in 1976 to sophisticated machines such as that below, including several steam locomotives and a brief mention of monorails, they are all here. Battery electric locomotives are included with hybrid technology being only just over the horizon. Locomotives are listed in chronological order and include basic mechanical details, the customer and later transfers to new owners, together with names gained or lost along the way. With a portrait style image of each machine as built, photographs in its working environment are also given. There is also a section on models of Keef locomotives together with numerous drawings for those so inclined. In addition, there is a section on the many and various items of rolling stock built by the company.