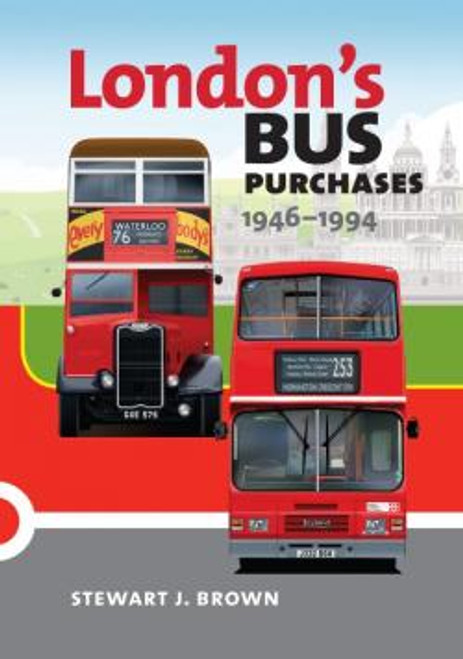 All the buses London bought

London’s bus purchases 1946-1994 is a unique reference source, bringing together in a single volume all London Transport and London Buses postwar purchases from 1946 until privatisation. For the sake of completeness those wartime classes which were still being delivered in 1946 – Bristols, Daimlers and Guys – are shown in their entirety.

The book lists almost 22,000 buses, coaches and trolleybuses acquired in the period, both new and secondhand, involving two dozen chassis manufacturers. Most of these were now long-vanished British companies with one – AEC – accounting for some 10,000 vehicles which ranged from Regent IIs to rear-engined Swifts.

While the bulk of the book is devoted to buses and coaches owned by LT, there is a section listing demonstrators which were painted in London livery. The book ends with a summary of the blocks of registration numbers booked by LT and used primarily for buses. Within most of these registration blocks – typically of 400 or 500 numbers – there were assorted ancillary vehicles including motorcycles and various types of cars, vans and lorries.

The Story of London's Underground

The Story of 19B: The only DHR 'B' Class ever to leave India