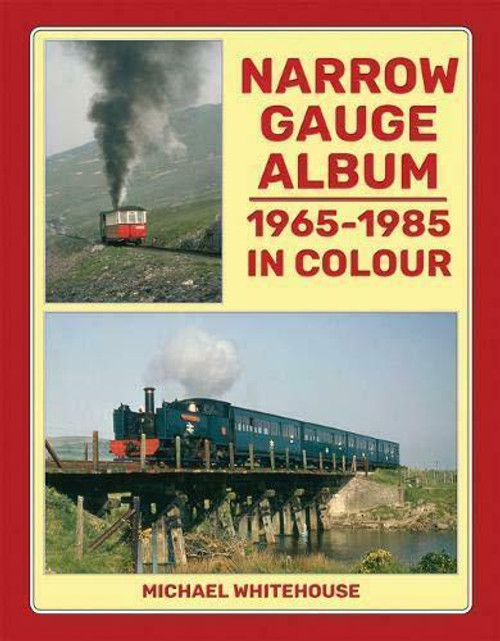 Narrow gauge railways in the British Isles following the Second World War were either on their last legs, had already closed or were about to. The passenger narrow gauge lines in Ireland had all gone by the 1960s and those in Scotland had perished long before. Preservation, in the form of voluntary run railways, was in its infancy. The Talyllyn was the first, followed closely by the Festiniog Railway, although the majority of the survivors were still commercially run, the Snowdon Mountain, Vale of Rheidol and Isle of Man being examples. This book covers the changing years of the narrow gauge.

In Wales, a metamorphosis was underway. Narrow gauge lines were being exhumed or improved to carry an increasing number of tourists. In England, there remained a few industrial concerns, such as the sand line in Leighton Buzzard, which either bequeathed their steam locomotives or provided access to preservationists. In order for these narrow gauge lines to survive at all and then move forward to enter the tourist industry and be accepted as economic generators, they had to change, sometimes rapidly and often without much thought to past heritage; that would come later.

We chart their progress, in glorious colour pictures, as the railways hastened to get themselves fit enough to carry larger numbers of passengers than had perhaps ever been dreamed of. We take the narrow gauge story in Britain, largely from the 1960s up towards the 1990s. This thirty year period saw the development of the surviving narrow gauge lines in Wales, the establishment of some new tourist lines in England and the preservation of many narrow gauge locomotives by individuals, clubs and museums. The images and their accompanying stories show how the lines which feature survived, adapted and developed in this period. You will read about the success of dreams once thought impossible and see locomotives of many types, sizes, shapes and colour: double engines, single engines, vertical boilered locomotives, sentinels, Swiss rack locomotives, Simplex diesels and the last British Railways steam locomotives in blue, sporting the controversial white double arrow logo.

It was a feeling of adventure. It was a challenge. All of us were looking for some kind of challenge because, for years and years and years, we?d been channelled into doing things, particularly those of us who were in the services, rather than being in a situation of accepting a challenge on our own initiative. I think the motivation for all of us was the sense of adventure and of actually being able to do something with a railway of our own.? [Pat Whitehouse]