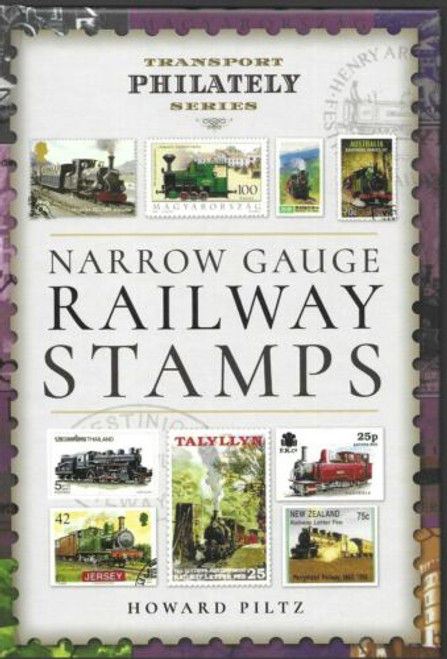 This, the first of four books, looks at the treatment of varying aspects of public transport with the aid of postage stamps, either issued by the postal authorities of most of the worlds nations, or some of the railway companies themselves, especially heritage operators. It has long intrigued the author as to why narrow gauge systems throughout the world have demanded a far greater attention from the public and stamp producers than railway subjects from the standard gauge lines, which make up the vast majority of the western worlds major railway systems. The conclusion he has reached is that in most cases they are considered cute a truly abominable term, which is (thankfully) gradually fading from our vocabulary, but just how the author felt on first seeing engines of the Talyllyn Railway, in mid-Wales, from the top of the station approach at Tywyns Wharf Station: tiny little kettles in sparkling, rich green and lots of brass. The Talyllyn has the double honour of being the worlds first railway to be taken-over and operated by a preservation society in 1951, and also the first railway in the modern era to issue its own Railway Letter Service stamps, a practice that can be traced back to the very earliest of times, which allowed people in outlying areas to send letters by the railways to the nearest post office for onward transport. The Talyllyns first stamps were issued in 1957, and today the lucky collector can demand a substantial premium on the paltry issue value. From whatever origin or country, there is a huge variety of stamps covering narrow gauge railways, and usually they are attractive miniature works of art that make them very collectable. The author has not set out to cover every country or issue in these books, but to present a wide selection of those stamps that are note-worthy.