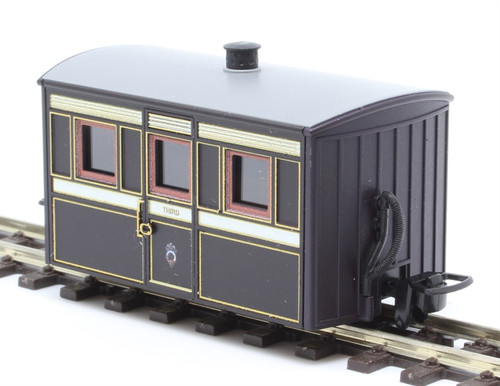 OO-9 FR BUG BOX COACH, 3RD CLASS, EARLY PRESERVATION LIVERY The curiously-named "bug Box" 4-wheel coaches were the first passenger carrying coaches built for the Ffestiniog Railway. Dating from 1864 to 1867 they were built by Brown, Marshall & company. The term "Bug Box is a more recent term given to them, possibly in the 1950s, and originally they were referred to as "Small Birmingham's". There are three types of vehicle: First Class, Third Class, and Open third, sometimes referred to as 'Zoo' cars.