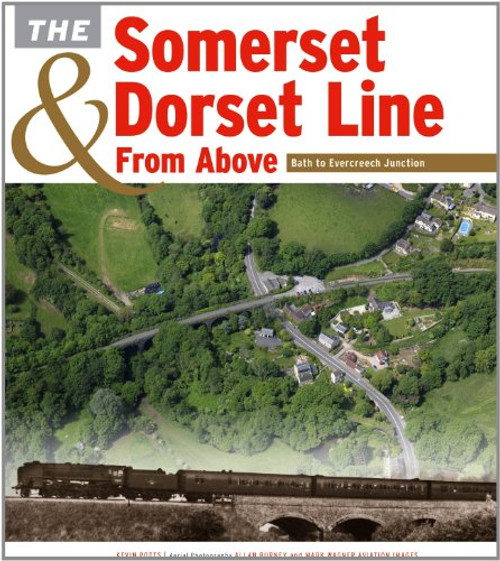 The Somerset & Dorset is one of the most popular lines in Britain's railway history. Although it was one of the many uneconomic lines that closed following the Beeching report in the early 1960s it has a great appeal to railway enthusiasts today.

Many remember the line as a route to holiday destinations, as it linked Bath and Bournemouth and provided connections to the Midland and London & South Western railways from Great Western territory, but it also provided a valuable service to local passengers and freight traffic.

First built in the mid 19th century, the Somerset & Dorset kept its independent identity throughout its history although jointly operated for much of its existence by the Midland and London & South Western railways until 1923 then owned by the Southern and London, Midland & Scottish railways until nationalisation.

The aerial photographs are supplemented by historical photographs of significant locations or structures along the line such as stations, tunnels, junctions and viaducts as well as maps showing sections of the line before closure.