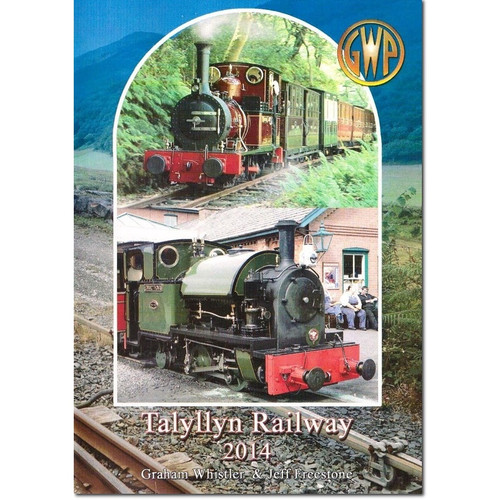 The Talyllyn Railway runs on 2ft 3in narrow gauge tracks from Tywyn on West coast of Wales through a dramatic unspoilt valley 7 1/4 miles to Nant Gwernol. It was established by the 1865 Act of Parliament to carry passengers and slate from the Bryn Egwys Quarry. Talyllyn Railway was saved from closure in 1951 by a small group of amateur railwaymen led by Tom Rolt and became the first preserved railway in the world.

In 2014 the Talyllyn continues to prosper and is still largely run by a dedicated group of highly skilled volunteers and a small full time staff. This film will take you on the complete journey featuring Edward Thomas, Tom Rolt and Dolgogh steam locomotives. With a dramatic cab ride on Edward Thomas, and plenty of lineside action in perfect July 2014 weather. Also featured is an outing with Dolgoch and the Vintage Train. A short section from GWP's 1991 Talyllyn film shows the naming of the new locomotive Tom Rolt.