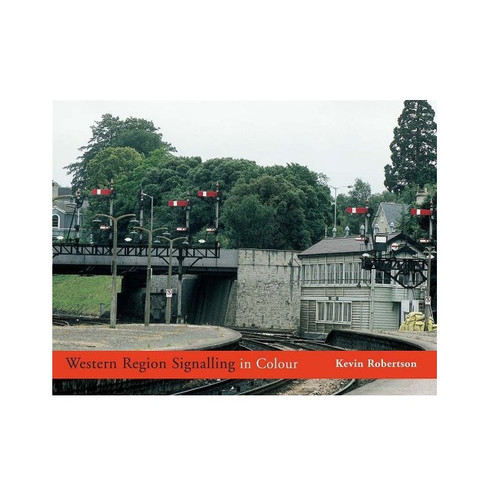 A new book which concentrates on the development of signalling specifically on the Western Region, and which will be invaluable reading and a first point of reference for all modellers as well as general railway enthusiasts. In the 1970s through to the mid-1980s there was considerable work on BR's Western Region in terms of replacing the life-expired semaphore signalling with colour light signalling. Amongst routes involved were the Berks andamp; Hants main line from Reading through Newbury to Taunton, the line north of Oxford through Banbury and the Central Wales line from Shrewsbury south towards Swansea. During this period, Kevin Robertson was travelling around recording the threatened signalboxes in colour as well as taking other details of operation. The photographs record interiors and exteriors as well as the equipment within the boxes themselves, thereby providing an exhaustive study of the subject. Detailed captions bring the photographs to life and give plenty of additional information.