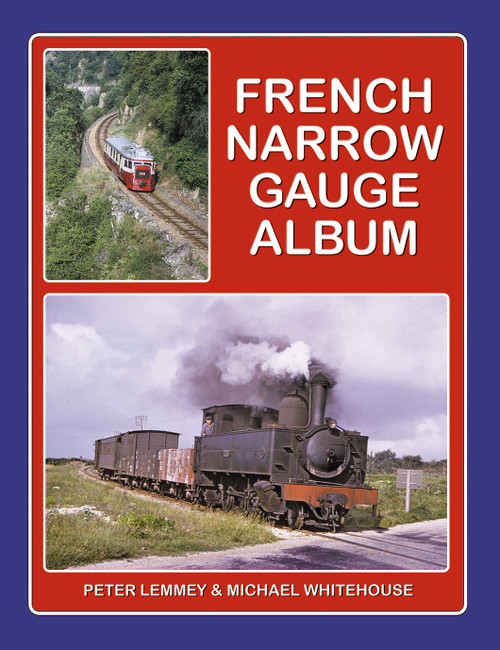 'Have you ever thought that the railway world ends at Dover or that there is no connection between the green painted engines which run beneath the white cliffs and those rather peculiar machines which appear in pictures of Continental railways? Although the railway ends at the Channel's edge, the timetables do not and one day recently the evening railcar of the Société Générale des Chemins de fer Économiques from Cayeux-sur-Mer to St Valery-sur-Somme and Noyelles ran ten minutes late and nearly hit a cow, all because of a delay on the Southern Region of British Railways.Out in the yard, two little metre gauge tank engines, painted green and heading rakes of ancient vehicles bound for the past, blew off impatiently, the passengers from Paris sitting in wooden coaches cursing. Before that had time to settle down, there was a shriek from the whistle of the Cayeux engine and they were away with an almighty jerk, the locomotive rolling from side to side on the four rail mixed gauge track, the conductor swinging from car to car collecting fares. They made up a whole minute to St. Valery Canal.'The opening words from Narrow Gauge Railways of Europe by Peter Allen and Pat Whitehouse, published in 1959, a seminal book which introduced many British railway enthusiasts to railways overseas. In the 1950s, holiday expectations began to change and railway enthusiasts began to look further afield, sailing across the Channel to France. In this album we follow these adventures as they began to discover the multitude of different narrow gauge railways once to be found there. In France the narrow gauge was far more extensive than in Britain. Across the Republic as a whole, narrow gauge public railways at one time ran somewhere approaching 12,000 miles (20,000 kilometres) of route. France was once a narrow gauge nation par excellence. This enormous network of narrow gauge railways was developed between 1870 and 1925, to open up what was essentially a country of small towns and rural villages. Motive power on the French narrow gauge ranged from lightweight 0-6-0T tram engines to hefty 0-6-6 Mallets, together with all sorts of colourful and exotic railcars. British photographers like Pat Whitehouse, Eric Russell, Lance King and John Snell were enchanted by this variety and captured as much as they could on Kodachrome colour slide film in the 1950s. This album sets out the highlights of their adventures in glorious colour with entertaining accounts of their travels, and then brings the story right up to date with the digital photography of José Banaudo, Peter Lovell and Steve Sedgwick in the most colourful and comprehensive account of the French narrow gauge for many years. 224 pages. 275x215mm. Printed on gloss art paper, casebound with printed board covers.

Mallets (and more) In the Massif