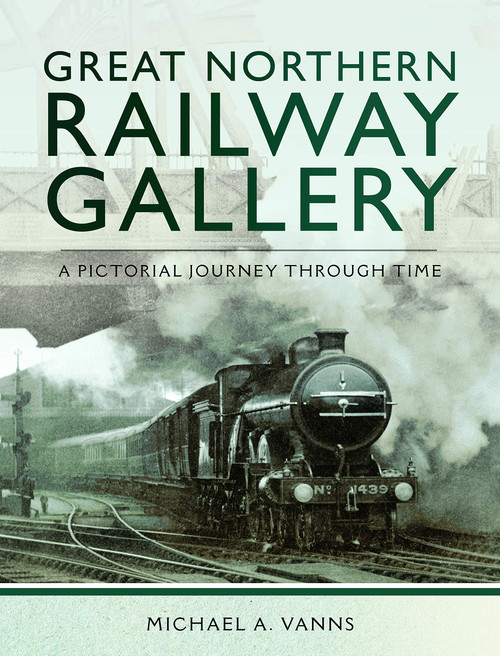 “A simply fascinating and impressively informative illustrated history” of the British steam railway by the author of The Leicester Gap (Midwest Book Review). The Great Northern Railway was one of 120 companies that ran trains in Britain during the Victorian and Edwardian period. Formed in 1846, it traded independently for seventy-six years until absorbed into the London & North Eastern Railway on 1 January 1923. Operating a network of nearly 700 route miles it ran trains between King’s Cross, London and York, into the Eastern Counties and the East Midlands, the West Riding of Yorkshire, into Lancashire and even south of the Thames. It developed distinctive characteristics, both in the way it managed its affairs and in the appearance of its trains, stations, signals and signalboxes. Numerous photographs were taken, particularly from the 1890s onwards, by dedicated amateurs attracted to the lineside by the sight of speeding steam locomotives in apple green livery, hauling polished teak carriages. Goods trains and the endless procession of coal trains were not such popular photographic subjects, but by searching out these and images of staff, stations and signalboxes, this book aims to capture something of the spirit of a once-great organization in the heyday of Britain’s steam railways. “With the welcome increase in the pre-Grouping scene engendered by projects such as the Hatton’s ‘Genesis’ coaches, books such as this will find a new audience, which is no bad thing.” —Railway Modeller “Vanns certainly presents a splendid collection of period images displaying numerous aspects of the railway’s operations.” —Best of British

Supplementary Information to Parts 1 to 10B (Pt. 11) (Locomotives of the LNER)