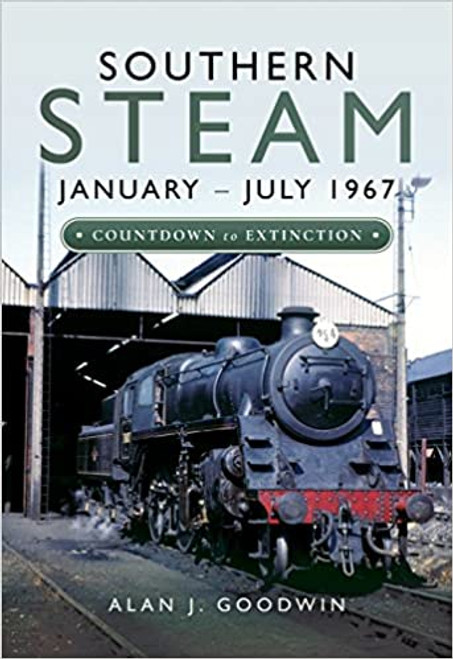 At the beginning of 1967 the writing was clearly on the wall for Southern Steam, with the intention of eliminating it altogether on the 18th June of that year. From the 2nd January, with the Brush type 4s working many main line trains including the Bournemouth Belle , steam was reduced to thirteen departures from Waterloo, three of which were in the early hours. From the 3rd April this was further reduced to just five day and three night time departures. However, by this time it was realised that due to late delivery of the new electric stock, the deadline for the demise of steam was put back to the 9th July and an interim timetable introduced from 12th June. Using information gathered from many sources, Countdown to Extinction chronicles the events of 1967, with the final five weeks in detail, including events that formed the background to the time.

Advancing in a Forward Direction