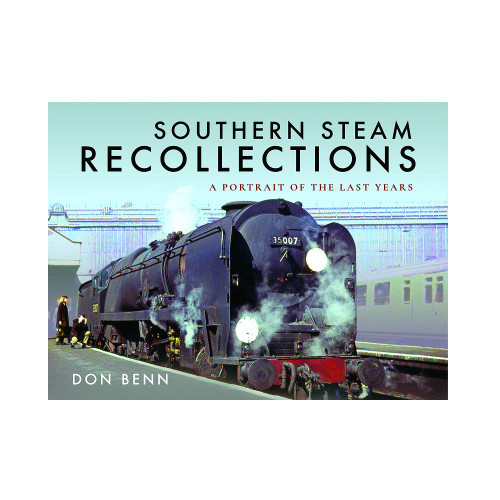 The author started taking photographs of steam locomotives and steam hauled trains on the Southern in 1960 and continued until the end of steam in July 1967. The quality of most of the very early photographs isn't good enough for reproduction but better cameras enabled improved images to be obtained during the most prolific years of 1961 to 1963 which fortunately enabled the last of the classic ex Southern Railway designs, such as the King Arthurs, Lord Nelson and Schools classes to be captured for posterity. This book contains 150 black and white photographs ranging across the Southern Region starting in the east and then moving gradually westwards to include a few taken on the withered arm' in Devon and Cornwall. Most though are taken in the areas just south and south west of London and include such once popular locations such as the footpaths at South Croydon and Wimbledon. Trains such as the Bournemouth Belle and the Schools class hauled 525 pm London Bridge to Reading and Lymington Pier boat trains are shown to good effect. The vast majority of the photographs are previously unpublished and this book will appeal to all Southern devotees.