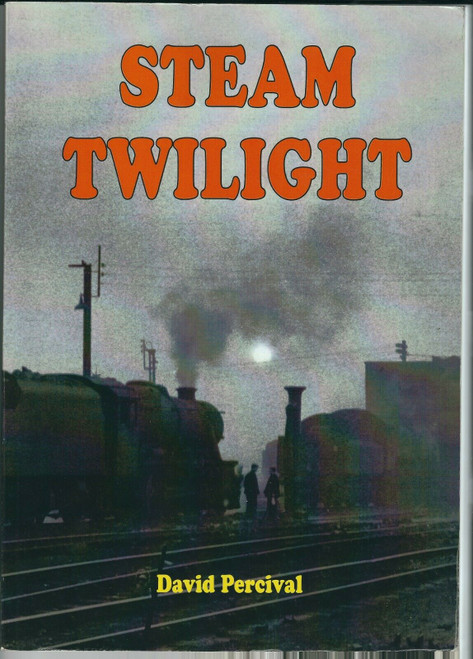 STEAM TWILIGHT This book covers the same period as the photographer's critically acclaimed Diesel Morning. It was observed by one reviewer of that volume that the pictures captured the 'gritty realism' of the railway scene in the 1960s. The mood is even more evident in Steam Twilight, in which David Percival focuses on aspects of steam traction leading up to its finale in the summer of 1968. It was in 1962 that the author acquired the quality of camera which enabled him to produce images expressing his personal interpretation of the railway scene. Thus, nearly all of the pictures in this volume were taken in the last six years of BR main line steam. During that period, many long- established cameramen recorded steam's demise and the author's early published work tended to show the then new forms of motive power. But his photographs of steam subjects were occasions seen in vacions Doghe sale and in recent years they have been used more frequently in magazine articles and books covering the last years of steam. A few of the 200 images in this book may be familiar but around 150 have never appeared in print before. Putting together this selection of his photographs, David Percival presents his individual view of the twilight of the steam age.