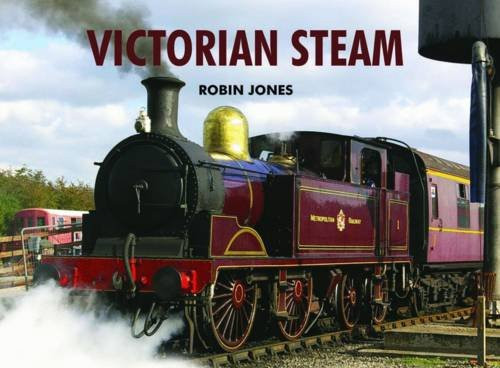 The steam railway was the backbone of the Victorian age, the bridge link between the Industrial Revolution, the British Empire and the modern age. As railways rapidly evolved from being small local concerns serving mines and factories into main lines shrinking travelling times firstly throughout Britain and then the rest of the world, the scramble was on for locomotive engineers to produce more powerful, versatile and reliable locomotive types to suit every purpose. As the national rail network came together, rival companies competed to produce faster locomotives to claim a greater share of potential trade. There were the great Races to the North to see who could reach Scotland in the shortest time from London, which produced steam icons like Patrick Stirlings legendary Great Northern Railway singles. Elsewhere, smaller locomotives made a huge impact in industry, allowing sprawling private railway systems to serve colliery, ironmaking and quarrying complexes. The mid-19th century pioneering introduction of steam on lines like the Festiniog and Talyllyn railways opened up many new possibilities in the field of narrow gauge, hitherto the domain of horse traction. By the end of the Victorian era, the earlier locomotives typified by gleaming brass steam domes, no cabs, huge stovepipe chimneys and enormous single driving wheels had given way to what we immediately recognise as modern steam locomotive types  some of which were so successful that they lasted into the final decade of British Railways steam in the 1960s. Not only that, but by the 1890s, steam locomotives were being built for tourism and leisure purposes, as evidenced by the Snowdon Mountain Railway and Sir Arthur Heywoods pioneering miniature railways. Expert Robin Jones looks at the engines that made Victorian Britains railways the envy of the world. In more than 60 images and with a sharp and incisive text, Victorian Steam is the ideal brief guide, in Halsgroves collectible, pocket-size format. A graduate of the University of Central England, Robin Jones, founding editor of Heritage Railway magazine, was a news editor and chief investigative reporter at the Birmingham Evening Mail, and over the years has produced several books and special publications, along with historical features for numerous other newspapers and periodicals. He has been interested in railways from a very early age, when his elder brother Stewart took him trainspotting at Widney Manor station in Solihull at the age of four, at the end of the British Railways steam age. Imprint: PiXZ Books. ISBN 978 1 906887 89 6, hardback, 110x155mm, 64 pages.