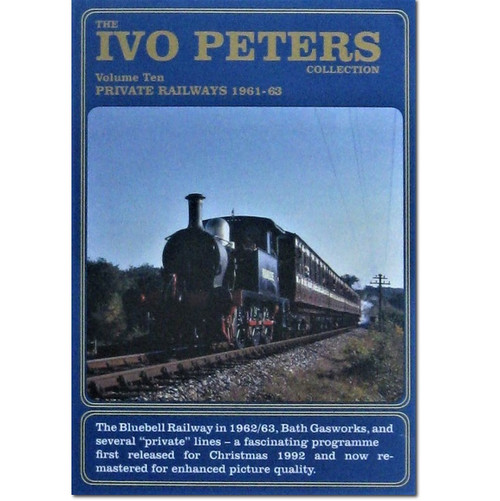 This is the third volume in lvo Peters' "series within a series" of annuals. It follows on from the original Volume 5 "Steam in 1960" (now totally remastered and reissued as "His Films Revisited No.3: Steam in 1960") and Volume 7 "Steam in 1961". As usual it was filmed on 16mm colour cine-film1962 was the last year before Dr Beeching changed the face of British Railways forever, but it was a year of contrasts. It was also a particularly poignant year for Ivo as it saw the last "Pines Express" run on his favourite railway, the Somerset & Dorset. Naturally, the last Pines features in this volume, as do other S&D rail tours, a tour of industrial railways in the Midlands, events on the Western and Southern main lines and branches including the last Churchward Dock saddle tank, "Lord Nelson" at Swindon, complex workings around Yeovil Town, M7s on the Exmouth branch, Beattie Well tanks at Salisbury and - uniquely - a shopping trip by steam roller with the Rev.Teddy Boston!