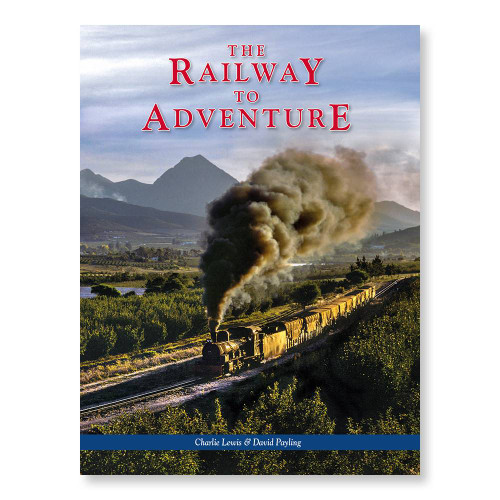 Due west out of Port Elizabeth a 2ft gauge railway meandered for 177 miles to the tiny hamlet of Avontuur (Afrikaans for 'Adventure', hence the title of this book), that for over 100 years served the deciduous fruit growing region known as the Langkloof. Much closer to Port Elizabeth an important branch to Patensie tapped the fertile vegetable lands and citrus groves of the Gamtoos valley. During the 1920s quarries were established near Patensie by the Eastern Province Cement Company (EPCC) and limestone was hauled by rail to Chelsea siding from where a 12-mile private line ran to the cement factory at New Brighton. This was vital business as it provided the railway's base traffic for over 70 years.

The railway was originally described in detail in Sydney Moir's seminal book, Twenty-four Inches Apart (Oakwood Press in 1963). More recently the story has been covered in eight parts of the authors' Soul of a Railway series published online. Since being put online, there have been many requests for the material to be published in book form and this book is the response to those requests. Interest in the South African narrow gauge has never been higher, especially with several of the locomotives featured here now working in the UK and elsewhere in the world (including three on the Welsh Highland Railway).

This 265 page hardback book brings the story up to date and focuses on new, fascinating and compelling information about the railway, particularly the political shenanigans that plagued its turbulent latter years. These are recounted by the author (Charlie Lewis), the Regional Engineer responsible for the line from 1981 to 1986 and also one of South Africa's most prolific photographers. The text is complimented by a wide selection of photographs, many previously unpublished and the majority in colour which the authors believe will form THE definitive record of the Railway in its latter years. They include contributions from many of the world's leading railway photographers who visited the line during its busiest years.

The book is dedicated to the memory of David Payling (long time supporter of the Ffestiniog and Welsh Highland Railways and author of the best selling Garratts and Kalaharis and of Fairlie Locomotives of North Wales), who sadly passed away early in 2020 after a long illness. David instigated the project to produce a follow up to Twenty-four Inches Apart and provided inspiration and much of the material for the Soul of a Railway coverage. It was Charlie and David's intention to produce a book on the railway, so this is the culmination of their wishes or, perhaps more appropriately, the 'fruits' of their labours!