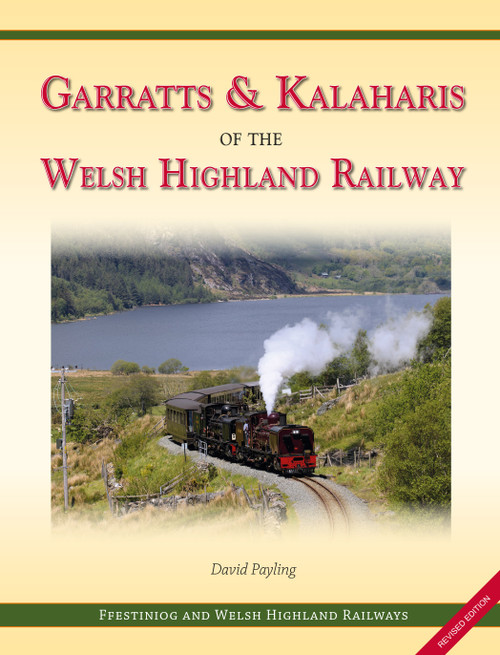 This book describes the design origins of the WHR's Garratt and Kalahari locomotives in Britain, Europe and the Southern hemisphere. Their development is traced together with its culmination in the NG/G16 and the NG15 locomotives. It continues with an individual history of the work of each of the eight engines in their original environment and more recently in North Wales.

There are also fold-out scale drawings of the locomotives, including the special features carried only on the first batch of NG15s in 1931. The search for information to guide the work of the engineers and fitters at Boston Lodge has led to contact with many in Southern Africa, Australia and the United Kingdom. Profusely illustrated, the book draws on the photographic collections of these friends to show the locomotives in action in both the Southern hemisphere and in North Wales. The author, a life-long volunteer on the F&WHR, was part of the team at Boston Lodge working over the last 20 years to assemble the drawings and information to allow the restoration of these locomotives.

The book, originally produced in support of the restoration of NG15 No.134, has been revised and updated by Peter Johnson in 2022.

Published by The Ffestiniog and Welsh Highland Railways, 162pp, in hardback.