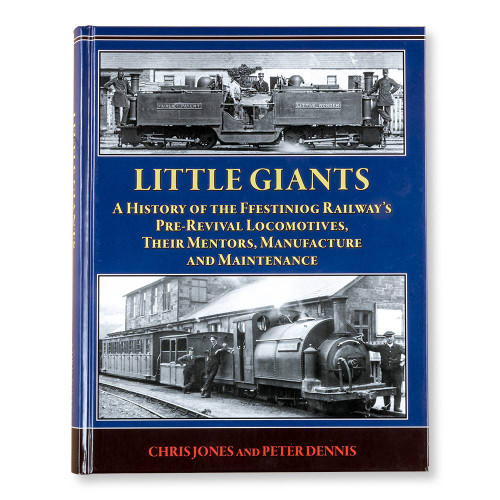 This new study of the Ffestiniog Railway's locomotives takes advantage of on-line newspaper records and the recent cataloguing of the Ffestiniog's own archives to produce an authoritative record of not only the technical evolution of the engines but also the lives and interactions of the colourful characters involved with them. Access to the railway's vast collection of photographs, documents, letters and drawings has enabled a highly detailed picture of the history to be drawn. Many of these records are included in the text to help tell the locomotives story and that of the social history surrounding their evolution and operation. Covered for the first time is the 'business networking' of Victorian railway engineers and its role in the development of the locomotives and their influence on many other lines worldwide. Archive research has also been used to shed light on the lives of those who worked on the footplate. The railway was extensively photographed and this book reproduces the best of those images at a large size, commensurate with their quality. The book covers the period of operation from the earliest horse-drawn days until temporary closure in 1946. This has been done in strictly chronological order, allowing the reader to see when and why key decisions were made. The railway's extensive locomotive maintenance records have been exploited to give a more detailed picture than has previously been published, illustrating the engines development, operation and decline over the period. The authors are both long-term volunteers on the railway and members of the Ffestiniog Railway Heritage Group. Peter was also on the permanent staff for fifteen years.